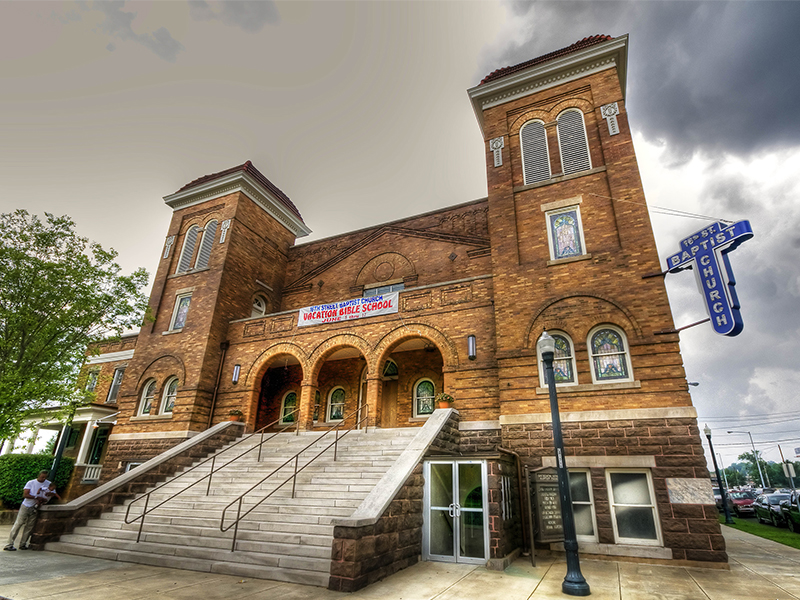 (RNS) In one of his last official acts, President Obama has designated Sixteenth Street Baptist Church and other civil rights landmarks in Birmingham, Ala., as the Birmingham Civil Rights National Monument.

The designation protects the historic A.G. Gaston Motel in that city, where the Rev. Martin Luther King Jr. and other civil rights leaders had their 1963 campaign headquarters, as well as Kelly Ingram Park, where police turned hoses and dogs on civil rights protesters.

And it includes the Sixteenth Street Baptist Church, where four girls died in 1963 after Ku Klux Klan members detonated more than a dozen sticks of dynamite outside the church basement.

“This national monument will fortify Birmingham’s place in American history and will speak volumes to the place of African-Americans in history,” said the Rev. Arthur Price Jr., pastor of the church, in a statement.

Obama’s proclamation also cites the role of Bethel Baptist Church, headquarters of the Alabama Christian Movement for Human Rights, and St. Paul United Methodist Church, from which protesters marched before being stopped by police dogs.

In his proclamation Thursday (Jan. 12), Obama said the various sites “all stand as a testament to the heroism of those who worked so hard to advance the cause of freedom.”

He cited the role of congregations in all three areas — from sheltering civil rights activists at Bethel Baptist Church to hosting mass meetings at First Baptist Church in Montgomery, Ala., to providing a school for former slaves at the Brick Baptist Church in St. Helena Island, S.C.

The designations instruct the National Park Service to manage the sites and consider them for visitor services and historic preservation.

“African-American history is American history and these monuments are testament to the people and places on the front-lines of our entire nation’s march toward a more perfect union,” said Interior Secretary Sally Jewell.