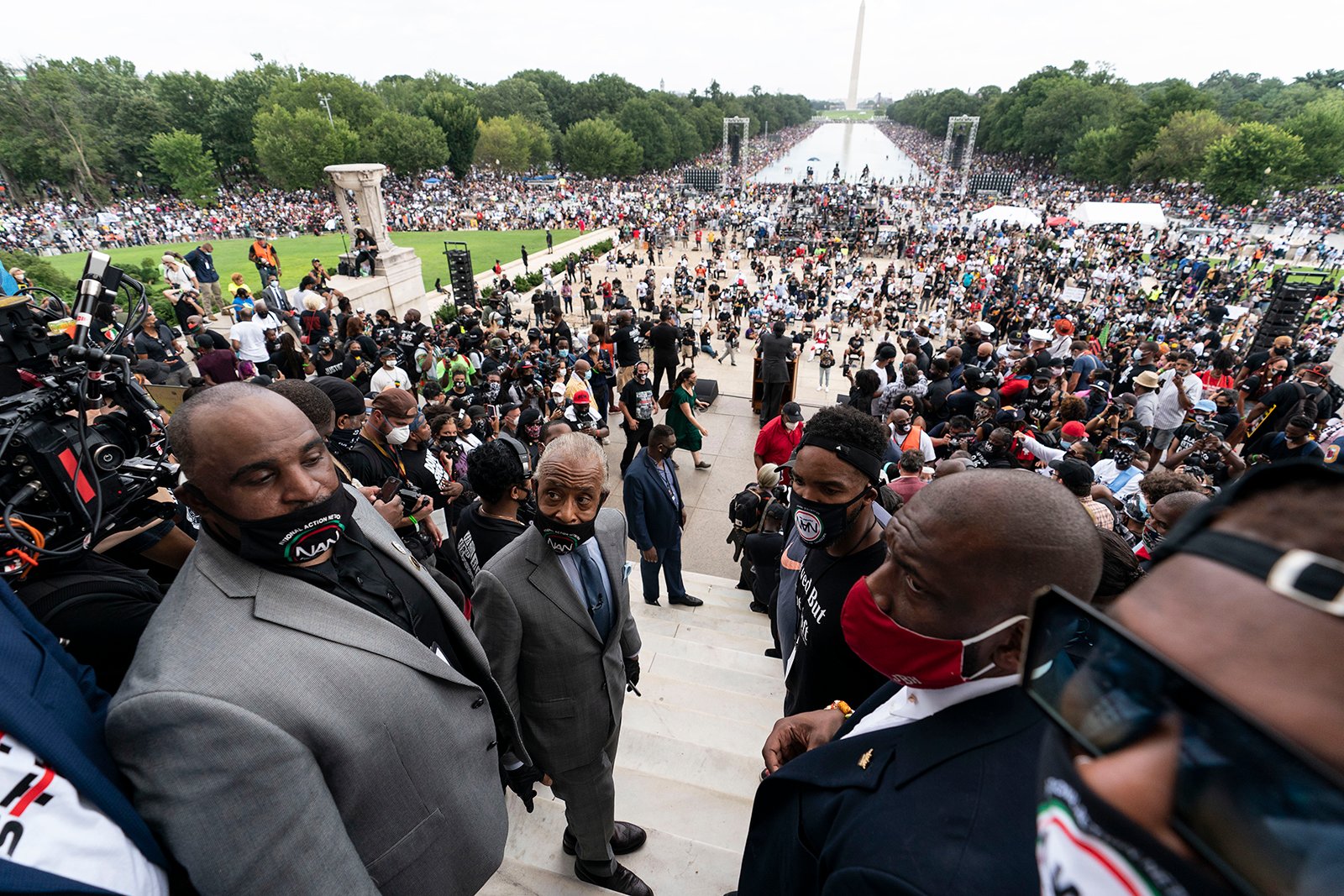 The masks Black preachers wear on the public stage

Like his spiritual mentor, the Rev. Dr. Martin Luther King Jr., the long-standing congressman was an ordained Black Baptist minister. It meant that he not only knew how to parse legislative briefs but also ancient biblical texts and extrapolate wisdom from them to address social issues of great urgency.

For Christians like Lewis, preaching, though not an end in itself, is a means by which God reminds a society of God’s concern for community wellness, life, human dignity and freedom in a less-than-perfect world.

Preaching, in their understanding, tells the truth about suffering in the contexts of fear and death. Ultimately it declares that evil and despair have an appointed end. Because of this, as John Lewis said in his posthumously penned op-ed: “Each of us has a moral obligation to stand up, speak up, and speak out.”

But understanding Lewis as a preacher requires far more unpacking than one might imagine. As an ordained Baptist minister and a scholar who studies the art of preaching sermons and the evolution of the Black preacher in the U.S., I understand firsthand why suspicion has long accompanied African American preachers into America’s pulpits and often extended into the halls of Congress and even newsrooms.

Preachers wear performative masks. Who ministers understand themselves to be has major implications for how they prepare and perform sermons. If they see their role as social justice advocate, they will speak and act in ways that condemn oppressive systems. But if they see themselves more as offering pastoral care, they will focus on therapeutic matters requiring counseling and other means of congregational support.

A preacher’s persona or “prosopon” – meaning “face” in Greek – is not simply a mask behind which she or he performs a role in a socioreligious drama but is part of their being. The role and speaker are one.

Preachers fall broadly under different personas. Alongside the preacher as “social activist,” there is the “clerico-politician” skilled in the art and science of government politics. Then there is the “evangelical-moralist,” who typically has an encyclopedic knowledge of scripture and is skilled in teaching Christian doctrine.

Finally, there is the “entrepreneurial agent” who focuses on building financial and social capital for themselves and their congregations.

Yet, many outside the Black Church community remain badly informed about the complex roles performed by Black preachers in our society.

Take for example Tony Evans, who is both a pastor and broadcaster. As an evangelical-moralist, he places strong emphasis on the believer’s need for a personal relationship with Jesus Christ through spiritual conversion, behavior modification, evangelism and soul regeneration. Proselytizing is paramount.

Following George Floyd’s killing at the hands of a white police officer, Sharpton preached two eulogies – one in Minneapolis and the other in Houston, Floyd’s city of birth. Both of Sharpton’s sermons elicited exuberant “Amens” of celebration from face-masked mourners. More significantly, his messages had a global effect, bringing together a broad a cross-section of culturally diverse listeners.

No matter what persona they chose to adopt, Black clerics have long been encouraged to mute their voices in front of white audiences or adopt preaching methods not native to their cultural habitats.

There have been some very vocal black scholars in the majority-white Presbyterian Church USA who have raised their voice against racism and sexism. These include its first ordained African American woman preacher Katie Geneva Cannon and Gayraud Wilmore, author of “Black Religion and Black Radicalism,” both of whom died recently.

Yet these are not theological scholars the majority of white Christian preachers consult when preparing sermons.

Moreover, since its first publication in 1870, “A Treatise on the Preparation and Delivery of Sermons,” written by Baptist pastor and former president of Southern Baptist Theological Seminary John A. Broadus, a slaveholder and supporter of the Confederacy, remained the most influential preaching textbook in the field of homiletics for more than a century.

Preaching among the Disinherited

Without these pioneering white clerics’ preaching influence on American culture there would be no Rev. Billy Graham. Graham was dubbed “America’s Pastor” and the most celebrated preaching evangelist of our time.

Many Black preachers have modeled their preaching methods after these clerics without questioning their ideological origins and philosophical heritage.

In contrast, Black preachers like John Lewis, son of Alabama sharecroppers, embraced a preaching style focused on Jesus as a disinherited figure and grounded in a philosophy of nonviolence.

Preachers with sermons of this sort prize words that speak to distressing problems affecting society’s most vulnerable populations over rhetorical methods placing logic and Western philosophy at the center.

Sermons preached in rural or urban settings that helped African Americans make sense of their plight were far more uplifting than sermons rooted in the Celtic, Nordic, and Roman cultures of Europe.

Politics and the pulpit

The political and religious stakes are always higher for Black preachers than their racial counterparts because Black communities expect their preachers will do more than preach Sunday sermons.

Georgia U.S. Senate candidate and pastor of Dr King’s Ebenezer Baptist Church, Rev. Dr. Raphael Warnock, who officiated at Lewis’ funeral, believes as did Lewis that communities are best served when preachers work within the system. By doing so they can exercise their influence through crafting legislation, political antagonism and forming alliances deemed advantageous for the communities they serve.

This is why the recent deaths of John Lewis and fellow preachers Joseph Lowery, and C.T. Vivian are cause for communal mourning. These religious voices are irreplaceable in the culture.