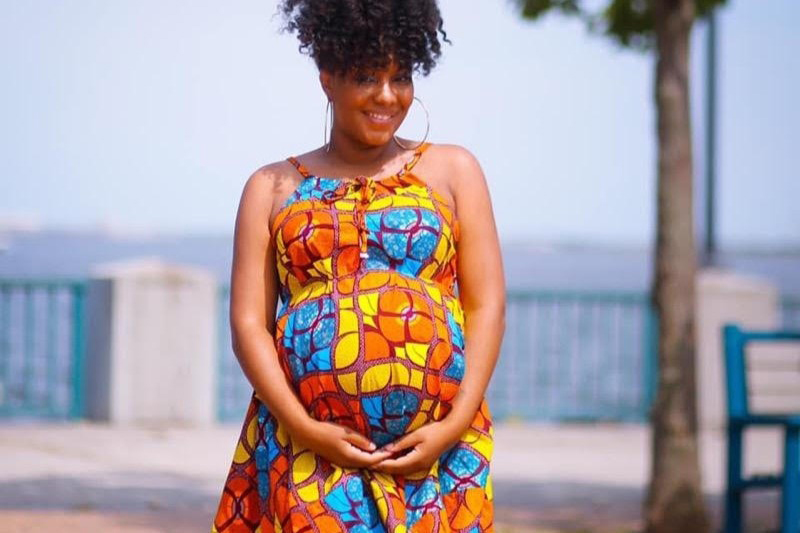 This article was originally published  by THE CITY

Shamony Makeba Gibson was in her hospital room, recovering after giving birth, when she said something that worried her mother.

Gibson had just delivered her second child, Khari, a healthy baby boy, via C-section at Brooklyn’s Woodhull Hospital on Sept. 23, 2019.

But in the delivery room while prepping for her surgery, Gibson told her mother, doctors had briefly struggled to insert an IV in her hand — likely because of a blood clot, she said they informed her.

Shawnee Benton-Gibson’s concern for her daughter was based on her years of reproductive justice activism in New York City, working with mothers and families dealing with issues like postpartum depression and stillbirths.

Back at home after leaving the hospital, Gibson felt fatigued and short of breath, her mother recalled in a phone interview with THE CITY.

“I talked to her about pulmonary embolisms, but she said they checked her in the hospital for it,” Benton-Gibson said.

Besides, her daughter argued, she was taking anticoagulants — commonly prescribed after surgeries, including C-sections — and was wearing compression undergarments the hospital gave her to improve circulation. But her fatigue and shortness of breath persisted.

One evening in early October, watching TV in the Bedford-Stuyvesant apartment she shared with her partner and their children, Gibson collapsed. EMS workers resuscitated her and rushed her to Interfaith Medical Center, the nearest hospital.

There, doctors found blood clots had spread to her lungs and legs.

Gibson — an artist who was “very funny” and “loved to sing,” according to her mother — died 14 hours later on Oct. 6, two weeks after her son was born.

The cause of death was the condition her mother had suspected: a pulmonary embolism. She was 30 years old.

Her children live with Omari Maynard, their father and Gibson’s partner of seven years.

On Thursday, Benton-Gibson joined other women like her — grandmothers left to help raise their grandchildren after the sudden deaths of their own daughters — for #HearUs, a virtual pre-Grandparents Day event to raise awareness about Black maternal mortality.

In New York City, Black women are eight times more likely to die due to pregnancy-related complications than white women. The figure is higher than the disparity seen at the national level.

According to the U.S. Centers for Disease Control and Prevention, 700 women die in the United States each year from pregnancy-related complications. By the CDC’s estimates, two-thirds of those deaths occur in the days and weeks postpartum — and about two-thirds of deaths overall were determined to be preventable.

A 2017 study by the medical journal The Lancet found that the United States has the highest rate of maternal deaths in the developed world — a trend that’s steadily increased over the last two decades.

In New York City, pulmonary embolisms, hypertensive disorders of pregnancy (like eclampsia and preeclampsia) and hemorrhage are among the top causes of maternal mortality, said Kelly Davis, chief equity officer at the National Birth Equity Collaborative.

Brooklyn, where Gibson lived, is home to three neighborhoods that rank highest in the city for non-fatal but serious pregnancy-related illness, or severe maternal morbidity, according to a 2016 study by the city Department of Health and Mental Hygiene.

In Brownsville, which has the city’s highest rate of such incidents at 497.4 per 10,000 deliveries, 79% of all deliveries were to Black non-Latina women.

The borough is also home to the neighborhood with the city’s lowest rate of severe maternal morbidity — largely white Borough Park, with a rate of 113.3 per 10,000 deliveries, according to that same DOHMH study.

Gibson’s death was particularly wrenching for Davis, who worked at the city’s health department for more than a decade.

She knew Gibson and her mother well from their reproductive justice work in Brooklyn. Benton-Gibson was the first person to offer Davis a public speaking opportunity on maternal well-being, she noted.

The Thursday evening event — equal parts memorial, group therapy session and rally — brought together women from New York, California, Alabama and Georgia who’d lost their daughters, and in one case, a grandchild as well, to complications stemming from childbirth.

‘All that knowledge was not enough to save her own life.’

Most of those women have embraced a life of activism after the sudden loss of their loved ones.

Among them were Maddy Oden, of Oakland, Calif., who became a doula after the 2001 deaths of her daughter, Tatia Oden French, and her grandchild Zorah, during delivery.

Also attending was Wanda Irving, mother of Shalon Irving, a 36-year-old CDC epidemiologist in Atlanta who died in 2017 from complications of high blood pressure weeks after delivering her daughter.

“Women know their bodies best and know when something doesn’t feel right,” Shanna Cox, associate director for science for CDC’s Division of Reproductive Health, told THE CITY. “The campaign is encouraging women to speak up — during and after pregnancy — if they have health concerns.”

Benton-Gibson, a longtime community organizer and licensed social worker, founded The A.R.I.A.H. — Association for Reproductive Innovation through Artistry & Healing — Foundation, which “works to stop the devastation of Black maternal mortality,” in the aftermath of her daughter’s death.

“I’m conflicted: Do I cry? Yes. Am I upset about this? Yes. Do I sometimes wake up and feel like ‘What the…?’” Benton-Gibson said at the event.

“But my bigger stand is that that girl lived all the days that she lived, and I don’t want those days that she lived to be in vain so that the day she passed took over,” she added. “But how she passed — that’s what every breath in my body will be about, because I’m making sure that this never happens again.”

It’s a similar position to the one Bruce McIntyre found himself in nearly six months ago when his partner, Amber Rose Isaac, died during delivery at Montefiore Medical Center in The Bronx in April during the coronavirus crisis.

On Aug. 1, McIntyre hosted a “Mothers March,” a rally for Isaac and others who died from pregnancy-related causes. Dozens, including Benton-Gibson, attended the event and donned purple in Isaac’s memory.

Also at the march was the family of Sha-asia Washington, who died during delivery on July 3 at Woodhull Hospital, where Gibson gave birth last year.

“I’m staying up all night holding the baby that she should be here holding,” Desiree Williams, Washington’s mother-in-law, said at a separate rally in July in front of that hospital. “It’s not fair, it’s not right. My son is broken down, it’s not right.”

‘She Was Really Happy’

Gibson, an artist who specialized in dance, was “very savvy in graphic design,” and “loved to travel,” her mother said. The Medgar Evers College graduate had visited 10 countries.

She wanted a big family, Benton-Gibson said: five children, which she tried talking her out of, without much success.

“She loved the idea of having children,” she said. 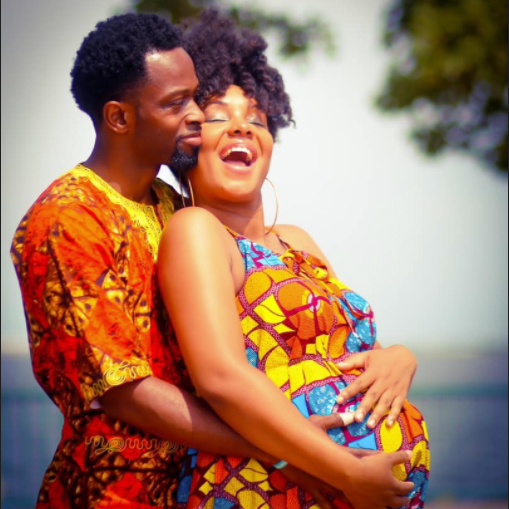 When Benton-Gibson became pregnant for the second time in 2019, she knew exactly the kind of birth she wanted.
She had delivered her first child two years prior, a baby girl named Anari, via C-section. When she found out she was expecting Khari, she pored over information about natural births, and at one point even considered a home birth.

She researched doulas and midwives in her area and eventually hired one of each, including a Black doula who lived a short walk from her Bedford-Stuyvesant apartment.

“She was really happy, had a baby shower and everything,” Benton-Gibson said.

But after she checked into the hospital, doctors told her she needed another C-section.

Before that news, she had told her mother, “This birthing experience is going to be different.”

THE CITY is an independent, nonprofit news outlet dedicated to hard-hitting reporting that serves the people of New York.