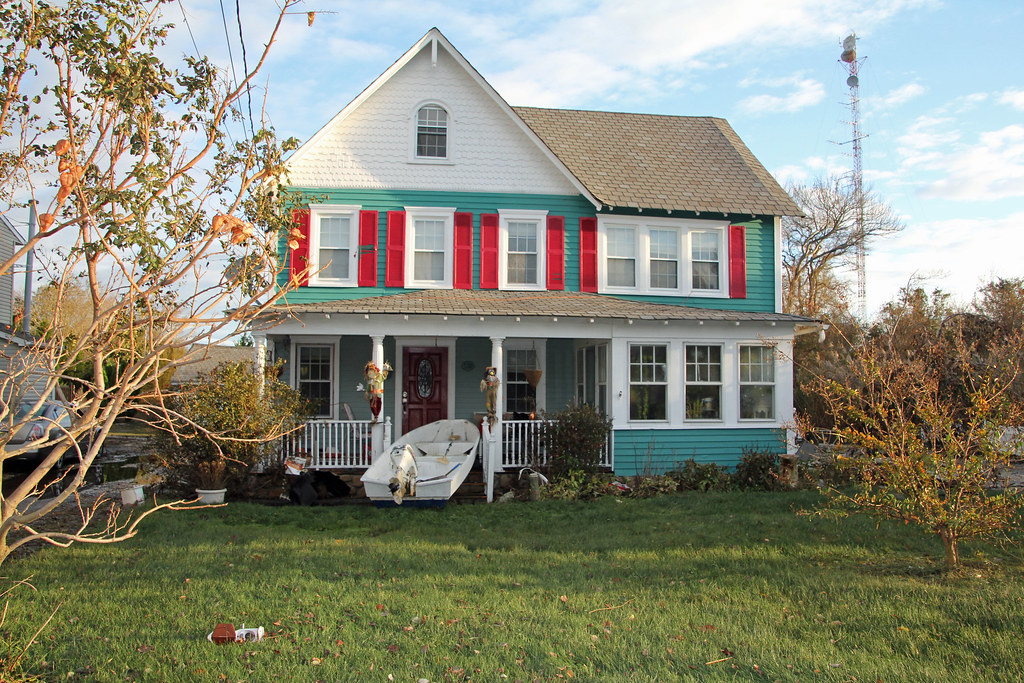 Hurricane Sandy did a whole lot of mischief here at the Jersey Shore. So much so that Halloween has been canceled* by order of the governor. I doubt anyone cares. We’re too busy looking for power, gasoline, and cell service to celebrate anything more than our safety and that of our loved ones.

Any Jersey Shore native worth his or her salt has lived through a few hurricanes and many a nor’easter. Few of us has seen anything like this. Where I live two miles inland from Mantoloking, New Jersey, we lost power and saw a lot of downed trees. A mile east and all the way to the bay, the water was four feet deep yesterday. The main road is clear today, but the smell of diesel fuel is strong closer to the bay that separates us from the barrier island. Boats that were knocked off their boatyard perches and found their way into the street and onto people’s porches. 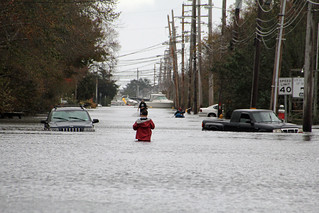 I won’t lie. I was badly frightened Sunday evening as Sandy came barreling toward us. I watched the big, old trees swaying and worried that one in particular would come crashing down in my living room. As I considered that tree, I was reminded how often we fear the wrong things. I worried, for example, about many potential threats when my children were young. Mental illness was not one of them and it killed my child.

So I didn’t let the fear of that tree get the better of me. I stayed out of the living room during the witching hour and woke up Monday to find trees down in my neighbors’ yards, but only a large branch in mine. 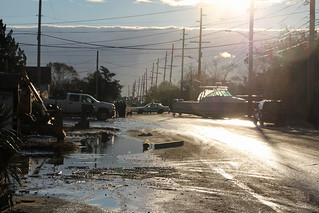 I’m about to lose hundreds of dollars worth of food in my freezer as the 48-hour window for freshness closes and ice is a distant dream. The temperature is supposed to go down to the 30s tonight, so who knows, perhaps that problem will be solved by an uncomfortable grace.

No matter what happens, like millions of other people on the East Coast, I’m reminded again how uncertain life is and how little control we have over it. What we can control is how we prepare—physically, emotionally, relationally, and spiritually—and how we respond. Nerves are frayed and tempers are short, my own included. But generosity and kindness are strong. 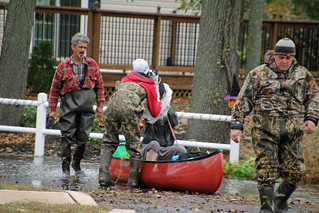 At the Hilton Garden Inn in Lakewood, New Jersey, where many are awaiting news of their island homes, the staff has been extraordinary, even to those of us who aren’t staying in the hotel. Business has been suspended in a sense and replaced by community service and compassion. Disasters, as we repeatedly learn are common grace moments. We should treasure them, even as we mourn and struggle through. I don’t have any thoughts more profound than that today.

Here at the Jersey Shore, we’re none too fond of the way MTV’s reality show “Jersey Shore” portrays our generally bucolic region as a mecca for teenage and young adult hedonism. Now, along comes the Parents Television Council (PTC) with a report that says its portrayals of females, along with those on the network’s other youth-oriented reality shows, are overwhelmingly negative.

PTC found that “only 21.4 percent of language about or directed at females was positive” and only “24 percent of what females said about themselves was positive across all shows” (“Jersey Shore,” “16 and Pregnant,” “Teen Mom 2,” “The Real World“). Additionally, conversations about sex on these shows rarely included talk of virginity (0.2%), contraceptives (1.4%) and STDs (2%).

On one level, this news is unsurprising. It’s what we’ve come to expect from the network and from this genre of television. But two of the shows, “Teen Mom 2” and “ and “16 and Pregnant” have been conditionally lauded by feminists like Slate editor Jessica Grose.

In a 2010 blog post, Grose said, “There is actually data to support the notion that a dramatic, narrative show like ‘16 and Pregnant’ could make adolescent girls more likely to use contraception,” and in a June 2011 post, she quoted data that said watching these shows makes people more likely to support legal abortion.

“For all the pro-choicers out there who are still complaining that the fecund high schoolers of ‘16 and Pregnant’ and ‘Teen Mom’ glamorize teen pregnancy—you should stop complaining. The elevation of the stars of these shows might help abortion remain legal for future generations,” Grose concluded, in what sounded to me like a slap in the face to both teen moms and their children.

The Jersey Shore "As Seen on MTV"

The popularity of reality television among young viewers has “generated greater interest among researchers and critics” with both groups “working to comprehend viewer motivations for watching as well as the impact of a genre rooted in stereotypical representations of gender and class, simplistic portrayals of social problems, and a disproportionate appeal to young audiences,” PTC’s report said.

Karen Dill, Director of the Media Psychology Doctoral Program at Fielding Graduate University in Santa Barbara, California, is quoted as saying the stories media tells “make up much of our shared cultural ideals and therefore shape how boys and girls [feel] about themselves and their peers.”

In her 2010 post, Grose wisely noted the mixed message MTV communicates with its reality TV lineup.

“While MTV aims to send a good message with earnest shows about teen motherhood, the message gets muddled when it is in the context of the network’s other reality programming. Commercials for the current season of ’16’s’ sister show, ‘Teen Mom,’ ran around the same time as the reality juggernaut ‘Jersey Shore,’ which depicted consequence-free carousing. Why, a teenager may wonder, is [’16 and Pregnant’] Jenelle’s beach-bunny act so terrible when it looks like Snooki has so much fun behaving in a similar manner?”

Why indeed? And why, I wonder, do some feminists offer even conditional support for shows that portray young women and young mothers in such a negative light?

Is there anything redemptive to be found amidst MTV’s mixed messages or is its reality TV line-up pure trash?