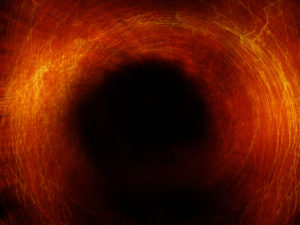 Perhaps you’ve seen snippets from the new film Legion and wondered to yourself what it’s all about. You’ve seen the biblical imagery and the special effects sequences featuring the multitude of soaring angels. All very intriguing. But when the trailer for a “religious” movie also shows an old lady snarling and crawling up the wall like a demonized creature, you know something’s not quite right. Believe it or not, that little old lady is possessed by an angel. That’s right — an angel sent by God.

Welcome to the apocalyptic world of writer/director Scott Charles Stewart, where a hodge-podge of distorted biblical elements and twisted truths is the order of the day. Legion is definitely not your father’s biblical epic.

The basic premise of the entire movie is summed up in one eloquent phrase: “God is tired of all the BS.” Stewart found this statement to be so profound that it was mentioned not once, but twice. Because God is giving up on the human race, everyone must go. Nobody is worth saving this time around.

In order to carry out the extermination, God sends His angels to do His bidding, much like the Wicked Witch of the West uses her flying monkeys. These “dogs of heaven,” as they are called (yes, they wear collars), are able to possess people like demons and terrorize others. One would think God could find a more efficient method of world destruction, but I guess this film confuses His mysterious ways for silly ones.