How Clergy Can Avoid Burnout

Anyone familiar with the schedule kept by the Rev. Howard-John Wesley, pastor of Alfred Street Baptist Church in Alexandria, Virginia, was not likely surprised by the news that he is stepping away to take a much-deserved sabbatical. Rev. Wesley was known to be on call to answer his parishioners’ needs 24 hours a day.

I’m grateful that Wesley, in announcing his sabbatical, also shared his reasons for it — feeling far from God, tired in his soul and needing to recuperate mentally and physically. I hope his message reaches beyond his church and denomination and spurs action for kindred clergy who find themselves having similar feelings. 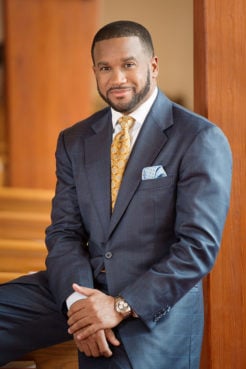 In 2015, 52 church-appointed Methodist pastors agreed to be interviewed by me and my fellow researchers at the Duke Clergy Health Initiative, write down what they did every hour of every day for a week and score their activities for meaning and enjoyment.

In this study and others, including a survey that compared 1,726 clergy to thousands of other North Carolinians, we found above-average rates of depression, obesity and chronic diseases, all of which are substantiated by other researchers who studied clergy of other denominations. One reason for these poor health patterns is how clergy respond to the demands of ministry; their call is so sacred that they often stretch themselves too far.

We also found that, not only can clergy combat burnout, they can flourish in their vocation.

By comparing the behavior of flourishing clergy and those experiencing burnout, we were able to identify four strategies for clergy to flourish: caring for their physical and mental health, setting boundaries for their work and personal lives, nourishing friendships and mutual relationships, and working in alignment with God.

Taking care of one’s health is a particular challenge when a pastor’s schedule is at the mercy of parishioners’ needs. Flourishing clergy not only proactively made plans to attend to their physical, mental and spiritual well-being, but also made backup plans to adjust for their unpredictable schedules: If a meeting preempts plans to attend a morning exercise class, walk with a parishioner at lunch. Called away for a hospital visit? Then play basketball with the youth group in the evening. They also reported finding time to practice spiritual devotions and walk in nature.

We found that flourishing pastors reminded themselves often of where God was leading them, especially when they faced criticism. The work of clergy is quite visible, and parishioners sometimes feel free to disapprove of their pastor’s message and say so publicly, immediately after pastors have poured their hearts out from the pulpit.

After hearing criticism, pastors who experienced burnout in our study reported feeling distressed. Those who were flourishing recognized the criticism and worried only if it related to God’s larger goals for their work.

We all know that friendships and social support are important, but in our study those hourly activity logs that clergy completed during the research revealed that only flourishing clergy took the time to share the joy of their small successes with friends and family.

We’ve also found that parishioners play an important role in clergy well-being. The clergy who do best have parishioners who remember they are human.

If you’re a parishioner, you can ask your pastors about their family, their interests, their vacation plans. Suggest that your pastor have a guest preacher any time a month has five Sundays. Encourage your pastors to keep Sabbath and then remember what day of the week their Sabbath is, and don’t schedule any non-emergency work on that day.

Think about how you would like to receive constructive criticism and offer it the same way, perhaps over a cup of coffee that you buy and with an offer to help.

My heartfelt wishes for health to Rev. Wesley, then, and to those reading this: these lessons about clergy, I suspect, pertain to us all. We are more likely to flourish if we share our joy with others, have back-up plans for healthy activities, and align ourselves with a greater purpose.

(Rae Jean Proeschold-Bell is an associate professor at the Duke Global Health Institute and research director of Duke Divinity School’s Clergy Health Initiative. The views expressed in this commentary do not necessarily reflect those of Religion News Service.) Video Courtesy of Corporation for National and Community Service

Since 1986, the third Monday of January has been reserved to commemorate the birthday, life and legacy of one of the nation’s greatest leaders, Dr. Martin Luther King Jr.

Dr. King—a Baptist preacher, scholar, and arguably the greatest leader of the Civil Rights Movement, selflessly fought for the equal rights of not only African Americans but all people.

In a time when Jim Crow and legal segregation were the law of the land, Dr. King became the face of a movement that sought to dismantle the institution of racial injustice. He advocated for persons in poverty, spoke against the Vietnam war, and worked to ensure that all Americans had equal rights and protections under the law. Nearly 50 years after Dr. King’s assassination, his legacy lives on.

Although MLK Day is a national holiday, the ways in which people choose to celebrate—or not—are endless. Many schools and organizations across the nation will have the day off and/or host an MLK Day program, while others may participate in a community service project or attend city-wide marches and rallies.

Just Another Day Off?

As our nation continues to fight issues of social injustice and racial tension, many question whether or not the ideals memorialized on MLK Day—a day of peace and tolerance—hold true throughout the year.

So, the question becomes, does MLK Day hold any true meaning in present-day society? Or, has it been reduced to a day off from work and school?

According to Erin Jones, “We have turned the day into an opportunity to rehearse the ‘I Have a Dream’ speech.”

“I can honestly say that, personally, I have never celebrated the holiday and have taken it as a vacation day,” says Elisabeth Scott, a recent college graduate of Western Washington University. “It wasn’t until going to my current church, that I participated in an MLK service. Had I not sung [during service], I probably wouldn’t have attended.”

However, Sergeant First Class Derek White, a 16-year member of the armed forces still sees the value in MLK Day, and what it means to the future of our society.

“I think that MLK being observed most definitely holds weight for both older and the younger generations. One way to ensure that our past does not repeat itself is by honoring people like Dr. King and his legacy and what he fought for and stood for.”

The Importance of Generational Knowledge

As an educator, Erin Jones argues that celebrating MLK Day does not have the same significance for young people today.

“Students have no context to understand the gravity of what Dr. King and his peers accomplished,” the educator says. “That being said, I believe it is our responsibility to communicate the value of this holiday, which is why I agreed to speak at so many schools.”

As a professional mentor to students, Jessica Crenshaw believes in giving back to the community but admits that she does not celebrate Martin Luther King Jr Day—for many different reasons.

“I do not celebrate MLK day as a holiday because I feel the significance of the day has been diminished,” Jessica says. “I feel it has been cheapened down for a “get-off-of-work-free card.”

For Jessica, an authentic celebration of MLK Day should include not only service to the community, rallies, and celebration events, but should serve as a day to reflect and organize for long-term change.

“I feel as if people should really take time to reflect over what Dr. King was trying to accomplish, and actually sit down and have planning meetings to plan out actions to make sure that his dream gets fulfilled,” she says. “Concerts and protests are good, but if you don’t continue to do this work after January 20th then you’re not doing it for a real reason.”