Southern Baptist Theological Seminary has appointed its first “women’s support coordinator” to address any gender-related “difficulties or challenges” that women encounter on its campus.

“In our own internal review, we determined it was not fully supportive of women to require any woman to have to describe what could be very intimate matters to a man,” R. Albert Mohler Jr., the seminary’s president, told Religion News Service Thursday (Nov. 29).

Mohler announced this week that Garnetta Smith, director of the seminary’s Center for Student Success, will provide “women with a safe, and as much as possible, private opportunity for complaints or requests for assistance. There is no tolerance on this campus for sexual harassment, assault, or disrespect.” 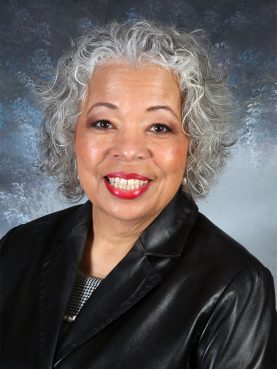 Smith, whose appointment was effective immediately, has master’s degrees in biblical counseling and practical theology from the seminary. She was previously its associate dean for women, academic counselor and manager for disability services. Smith also was recently appointed by Kentucky Gov. Matt Bevin to the state’s Commission on Human Rights.

“Studying in seminary doesn’t recuse anyone from sinful attitudes and sinful actions, but in a context that is primarily male, it can be intimidating for some women to speak up,” Smith said in a statement. “Incidents in some church contexts and in our own convention show us that the need is there, and Dr. Mohler and Southern Seminary are taking significant steps toward ensuring those incidents do not happen here.”

Her appointment comes months after the May termination of Southwestern Baptist Theological Seminary President Paige Patterson after reports he made comments demeaning to women and mishandled student rape allegations.

Karen Swallow Prior, an English professor at Liberty University, who helped Southern Baptist women petition Southwestern’s trustee board to address Patterson’s leadership, called Smith’s appointment a helpful development within the Southern Baptist Convention. Southern Seminary, which includes Boyce College and a missions-focused school named after Billy Graham, is one of the convention’s six seminaries.

“I am unaware of any similar positions at any Southern Baptist seminaries or institutions,” Prior said. “Respecting and caring for women has never been rocket science. I’m encouraged by this small, simple — but potentially groundbreaking — step that signals significant change for women within the convention.”

The controversy over Patterson and questions about women’s roles in the church dominated the annual meeting of the denomination in June. Attendees at the meeting affirmed “the dignity and worth of women.” Protesters outside the meeting called for increased training of clergy on how to handle abuse allegations.

Southern Baptist Convention President J.D. Greear has begun a study group to address sexual abuse and it has included meetings with leaders of seminaries, state conventions and abuse survivor groups.

“Seminaries are the training ground for many of the next generation’s Christian leaders,” he told RNS. “So it is a welcome development to see Dr. Mohler announce this position to serve female students.”