Justice Clarence Thomas, the member of the Supreme Court known for his reticence, speaks for much of a new two-hour documentary about his life.

Part of the story he tells in “Created Equal: Clarence Thomas in His Own Words” centers on his longtime Catholic faith — nurtured by his grandfather who raised him in his Georgia home, nuns who taught him in school and people who prayed with him during his confirmation process to serve on the nation’s highest court.

Producer/director Michael Pack interviewed Thomas and his wife, Virginia “Ginni” Thomas, for 30 hours for the film that is currently in 20 cities, including Washington, New York, Atlanta, Chicago and Los Angeles. Pack recently served as president of Claremont Institute, a conservative think tank, but has produced documentaries for PBS about George Washington, Alexander Hamilton and “God and the Inner City.”

He talked to Religion News Service about what he learned about Thomas’ religious life as he filmed his latest documentary. The interview has been edited for length and clarity.

What struck you most about Clarence Thomas’ faith?

I’m struck by the depth of Clarence Thomas’ faith. It was strong when he first had it, but when you have a faith, lose your faith and come back to your faith, in some ways it’s stronger then. I’m also impressed at how Justice Thomas relies on his faith to get him through the difficult and dark moments of his life, especially his contentious confirmation hearing.

Could you talk about the role of his grandfather and how the Bible shaped his philosophy and the lessons he passed on to Thomas?

Thomas’ grandfather was functionally illiterate. So what he would do with the Bible is he would try to get a few words by heart and rely on those. The values he gave to Clarence Thomas, he felt were rooted in the Bible: working from sun to sun, never quitting, being true to yourself.

In addition to his grandfather, Thomas cites the influence of nuns at a segregated Catholic school he attended.

As he says in the documentary, he felt that they loved him and he worked hard to live up to that. And even though it was segregated Savannah, he felt they were on his side. They believed in these young boys and girls. And he adopted the faith they instilled in him. He continued to visit those nuns until several of them passed away.

He has spoken in the past about wanting to be a priest at a young age, and he attended seminary before he went to college. What drew him to seminary life?

He ended up leaving that second seminary. Why?

It was racist incidents. We tell a story in which he was in one class where some kid passed him a folded note and on the front of the folded note it said “I like Martin Luther King Jr.” You open it up and it said “dead.”

This sort of mockery of somebody he thought was important and of the civil rights movement was upsetting to Justice Thomas. But it confirmed his feeling that the Catholic Church wasn’t doing enough for civil rights. And don’t forget this is the late ’60s and he’s swept up in the mood of the times as well. It’s the time of black power, of rebellion, of urban riot and, I’d say, that as a young man, Justice Thomas got caught up in those ideas too. 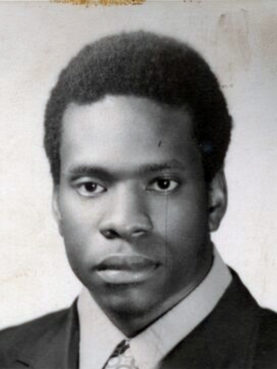 How does that fit with his attendance at College of the Holy Cross?

I think that he felt he had no alternative but to go to Holy Cross. His grandfather had kicked him out of his home. He had no job. He happened to have applied to Holy Cross and had a full scholarship. So he went. But he, as soon as he got there, he hung around with Marxist students, black radicals that didn’t take religion all that seriously — even if they were at Holy Cross — so he went through a period of time where he wasn’t going to church and he wasn’t thinking about religion.

After the King assassination, Thomas said that race was his religion. But he had a turnabout in his faith again.

That’s right. He participated in an anti-war demonstration that got violent in Cambridge, Massachusetts, and he got swept up in the mob violence of the moment and he watched himself being swept up and did not like what he saw. By the time that was over and he returned to Holy Cross, it was well past midnight and everything was closed, but he went to the chapel where he had not prayed in a long time. He knelt in front of the chapel and prayed for God to take anger out of his heart. And that was the beginning of his return to his faith.

While working for the Equal Employment Opportunity Commission, Thomas delved into the history of law and particularly noted a reference to equality in the Declaration of Independence. How did those words shape his thinking about law and life?

Justice Thomas felt that the words of the declaration, “all men are created equal” and that they’re “endowed by their Creator with certain unalienable rights,” that these truths pointed to a deep basis of American life and of the Constitution. And I think that underpins his jurisprudence today. 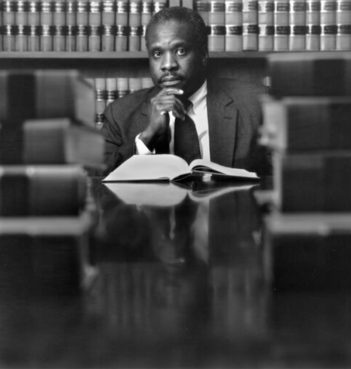 How has he applied that to court decisions?

His sense of what equality means underlies his jurisprudence in the Grutter decision on affirmative action. Justice Thomas was saying, I believe, that every man has that right to life, liberty and the pursuit of happiness, to succeed or fail on their own. And he felt that the affirmative action that was under discussion in the Grutter opinion was not doing that, that there were two sets of criteria for different kinds of people and he felt that was unjust in the sense that the declaration points to justice.

What role did faith play in his life as he was being considered for the Supreme Court amid allegations that he sexually harassed onetime colleague Anita Hill?

His confirmation battle had two parts and the first part was closer to a traditional confirmation battle. After that the Anita Hill allegations of sexual harassment were leaked and that leak caused the Senate Judiciary Committee to reconvene and hold several more days of hearings. And that second time, he and Ginni felt it was a spiritual battle and they felt, rather than relying on their political skills or intellectual skills, they were relying a lot on their faith to get them through.

There is a brief mention of the “prayer partners” that were important to them at that time. Did he say more about that?

Is there anything else about his faith that ended up on the cutting room floor?

He’s always coming back to the nuns. We portray his going to parochial school at the time that it happens in his biography. But in my talking to him, he’s always talking about what his grandfather and the nuns taught him at many points in his life. It’s a touchstone that he goes back to.