From black megachurch to big screen: Another team of brothers directs new movie

Jimmy Jenkins and his brother, Joshua, stood in front of the crowd at a local AMC movie theater and admitted to being overwhelmed.

After showing their new movie, “Sinners Wanted,” for free the previous weekend at the black megachurch where their father preaches, on Friday (March 22) they were in a nearby theater filled with people who had paid for tickets to watch their first joint film project.

Like at least two other brother filmmaker teams before them, the Jenkins siblings are hoping their independent film will continue to expand the depiction of biblically based stories on the big screen.

“It came from the book of Hosea — Hosea, Chapter 3, verse 1 — when God told Hosea to go love a prostitute to show Israel how much he loves her,” said Jimmy Jenkins, the younger of the two brothers, in an interview.

“I wanted to take it and create it into a modern-day story that people can understand how much God loves humanity.”

Near the start of the movie, Gigi comes into the black Washington, D.C., church, beaten and bruised after a difficult night. An usher asks a scantily clad Gigi: “Why are you disturbing our service?”

Shepherd, the brand-new pastor, responds with a verse about God’s grace.

The movie, which focuses on the need for forgiveness and on welcoming people frowning church elders considered undesirable, was presented last year at several film festivals, including the Pan African Film Festival in Los Angeles. Jenkins, 28, a filmmaker since age 22, partnered with his older brother, the leader of the young adult and drama ministries at their father’s First Baptist Church of Glenarden, to present the film through their company Jenk Ink LLC. They follow others in the faith-related film business, including brothers Andrew and Jon Erwin, creators of “Woodlawn,” and Alex and Stephen Kendrick, whose movie “War Room” had the seventh-highest box office success for a Christian film.

Jimmy Jenkins said he sought out the Kendrick brothers for advice last year and their discussion encouraged him.

“They told me that the God idea works,” he said. “That’s one of the big things I got from it: Follow God’s will before you try to follow your will and when you do that, God can really bless you.”

Some of the Kendricks’ earliest films were supported by volunteers from their Albany, Ga., church who provided most of the cast, crew and catering.

Similarly, the Jenkins brothers have relied on their church for support of their production, with many of the extras coming from their Maryland congregation.

Their independent film, which has a six-figure budget, was shot in 16 days, with some scenes set in two neighboring Baptist churches in Washington, D.C. The directors coordinated around the schedules of their more well-known actors, including Lamman Rucker (of “Greenleaf,” an Oprah Winfrey Network drama about a family that runs a black megachurch) and Clifton Powell (of “Ray,” the 2004 movie about musician Ray Charles).

After selling out at the movie theater, the film is set to screen again the last weekend in March. Jenkins said he’s hoping it will expand to other theaters and churches.

Rucker, who played a church elder who declared that GiGi “doesn’t look like a Christian to me,” said in a panel discussion after the premiere that productions like these are “a labor of love” for actors like him.

Powell, a Washington, D.C., native, added in the same discussion that their participation helps dispel a fallacy about African-American actors leaving their hometowns behind when they head to Hollywood.

“When they say DC and it’s young men like this, we’re going to be here,” said Powell, who plays the church’s facilities director. “It’s all about relationships and it’s all about where we keep our minds as entertainers.”

He added that — as has been the case for some Christian films picked up by major companies — movies don’t have to be produced in Hollywood to gain a following.

“The power is right here in this church,” he said. “All y’all got to do is go out and support the movie and Hollywood will come to your house.” 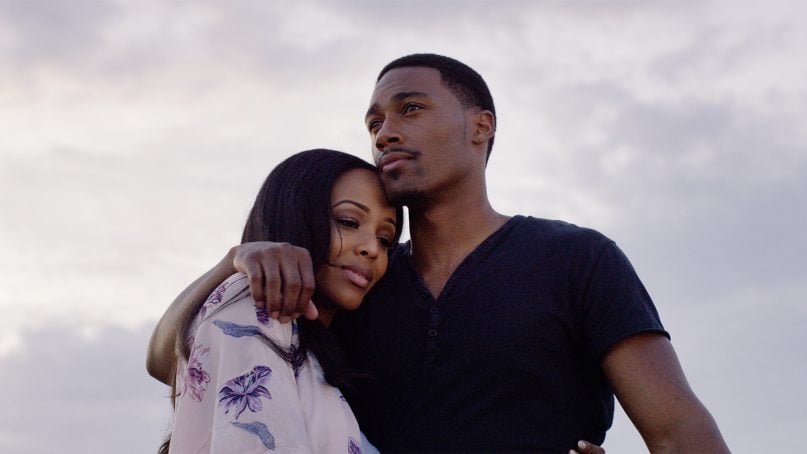