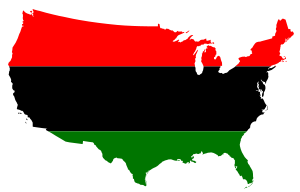 In recent years, I’ve heard a lot of talk about the future of Black History Month— whether it’s still needed, whether it unites or divides, whether it should be combined with American History. While I understand how this topic is intriguing to adults, I don’t think they should make the final decision. I strongly believe that younger people, since we are the future and will be affected the most by the decision, should have a strong say in what the future of Black History Month looks like. Personally, I cast my vote in favor of keeping it separate.

Last year, in my junior year of high school, I was required to take US History. During the entire course, we never discussed anything about the contributions of African Americans– until February. And when February came, we talked about everything! (And I do mean EVERYTHING!) We talked about slavery, Martin Luther King, Jr., Malcolm X, Black inventors, African American Women, and even African American Olympians. There is no doubt that this was the part of the class that I paid the most attention to, but I felt as though the teacher tried to cover too much information in too short a time. In a way, I wished that the information would have been spread out throughout the entire course, and not just for that month; but then I thought that I wouldn’t have learned as much.

Since grammar school, February has been the only time where I have formally learned about my history. And if there wasn’t Black History Month, I don’t know when I would have learned it. If it is taken away in the future, or combined with American History, I fear that Black children will never formally learn about their history. This is important to me because we need to know our roots. It is good for us to remember what our forefathers have been through so we can see what our ancestors gave us. When I learned how many Africans made something out of their lives despite how badly they were treated, I felt proud to be Black.

There may be those who disagree with me, but I honestly believe that the races are not treated equally in America– even today. I feel that Black people have to work harder to get opportunities. I remember my parents making our family watch a special. I have forgotten what is was, but I never forgot this statistic. It’s probably worse now with the economy like is it and all, but then it was: If two men, one white and the other Black, walk into a corporate office looking for a job and both were equally qualified, 85 percent of the time, the white man will get the job because he is white.

And as harsh as it may sound, things are this way, in my opinion, because of racism. I think that racism still exists in America. No, white people in white sheets are not burning crosses in my front yard, but there is inequality in the sense that Blacks don’t get the same privileges as others. I could tell you stories my parents and grandparents told me, but I will tell you a story that I experienced personally.

One time, a couple of my friends and I were at the grocery store buying a lot of things. As we were checking out, we were struggling to get all our bags out of the store. I remember thinking that it was weird that they did not ask to see if we needed assistance as they usually do. I just brushed if off as a change in policy. But when the white woman behind us was asked, I knew something was fishy.

As a Christian teen, I pray that things get better in the world. I believe that God doesn’t see color. He looks at the soul. He looks on the inside and not the outside. This is what I try to do, but it is hard sometimes when it seems that everyone else is not.