In My Opinion: I Am Because We Are 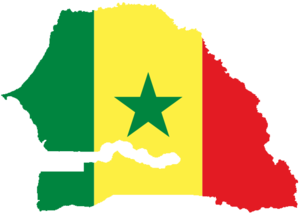 I am an American by birth and by culture. Having spent all my life in “the land of the free” where everyone fights to grab his or her own slice of the American pie, I was only concerned with what I thought and wanted. In my opinion, the individual mattered most. That is, until I traveled abroad. In Senegal, the community is more important than the individual, and their culture benefits in many ways from this idea. In the “individual vs. community” debate, almost everyone wins when the community wins. How did I come to this conclusion? Well, it was a relatively short journey.

The year after I graduated from college I decided to teach in Dakar, Senegal. My choice was influenced by personal interests in travel, the opportunity to learn a new language, and the availability of the program. In preparation for my year abroad, I had underestimated the subtlety of the cultural differences. Community, while it exists in America, has a stronger resonance in Senegalese culture, and the lesson we can derive from it as Christians is the importance of accountability.

On my first day, I did not even get past the informal introductions without being confronted with how cultures varied. “Good morning, my name is Bamba Sy,” one student in the classroom would begin. “Bambasy?” I would repeat as rapidly as the student had said it. “My name is Oumar Cheikh,” said a student in the hallway, and I’d echo, “Oumarcheikh?” with my American accent. After a few days, I realized that when teachers asked me my name in school, I’d commonly give a first-name-only response. But in Senegal that was not the custom. My students had been saying their first and last names so closely together that, as someone unfamiliar with the traditional importance of community, I could not hear the distinction. The first name is nothing without the last name in Senegal because the last name ties you to a larger family history. The community expects every individual to give reverence to the family ties that surround them. Thus, the students feel accountable to their family, and their behavior often reflects a desire not to shame their community.

For example, the most anxious I ever saw my seventh grade English class was on what seemed like an ordinary Monday. The group of usually reserved students might have been disturbed by a big test or the upcoming talent show, but that was not the case that day. As it happened, a teacher contacted their parents because they had performed poorly on a test, and that notice sent my students into a spiral. Palms sweating, fidgeting in their seats, they waited to be called out of the room one by one as their parents arrived. My seventh graders were not alone in this reaction. Typically students who were sent to the administration would return from the office with a down-turned, remorseful expression after only the threat of family involvement. Both students and teachers benefited from a calmer learning environment than one sees in many American schools. Iit was all because of the children’s sense of accountability to their community.

My experience in Senegal taught me the value of seeing myself as more than an individual. My actions reflect my family and the values that they have instilled in me. I take that to heart as a Christian because when the world sees me, it should be more than just Melanie. They should see God in me.