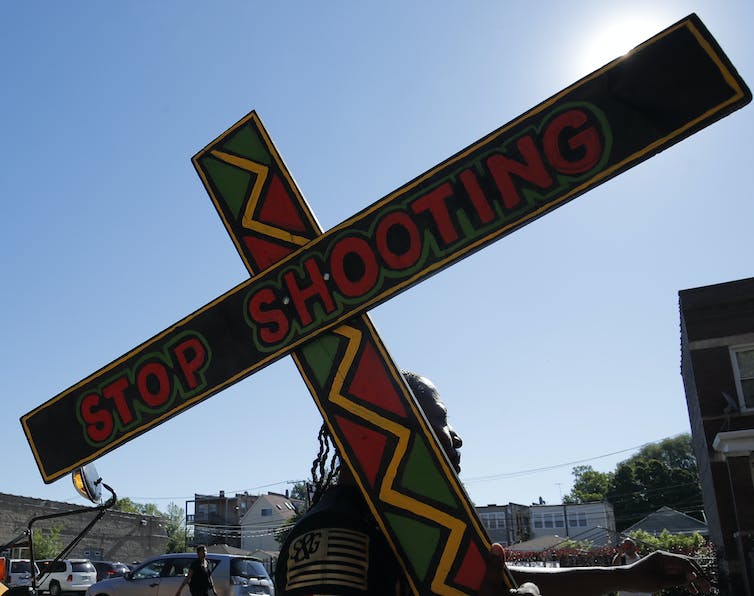 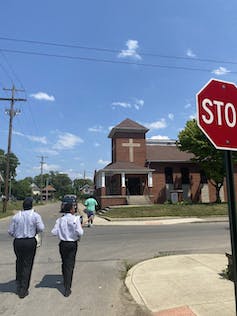 George Floyd’s senseless death has set my soul on fire.

I like to think that I am an objective, rational person. I never hitch rides on bandwagons, and I always want to know both sides of an issue before forming an opinion, and then I usually only share it with close friends and family.

But the death of George Floyd was so disgusting and incomprehensible to me that I feel compelled to use my voice, since his has been extinguished. His senseless death has set my soul on fire.

I am a Black educator, and I know that brutality against Black people by the police and the world at large is nothing new. In 1850, Congress passed the Fugitive Slave Act, which made the federal government accountable for locating, returning, and trying slaves that had successfully escaped. We may have been “free” since 1865, but we are still being hunted by bigots who feel obligated to return us to our “rightful” state of bondage or death.

It does not matter the perceived offense. Whether we are walking through a neighborhood where we live, selling cigarettes, watching birds, jogging, sleeping, playing with a toy gun, partying, getting a traffic ticket, lawfully carrying a weapon, shopping, reading, decorating for a party, relaxing at home, asking for help after being in a car accident, holding a cell phone, playing loud music, going to church, riding in a car, or breathing, our existence spurs the hate-mongers into action. It’s troubling and just plain sad.

There has never been a time in my life that I have not been aware of the color of my skin. During my freshman year at Broad Ripple High School, I was waiting outside — ironically, under the flag — for my stepfather to pick me up after ballet rehearsal. A car sped down the avenue, and a man screamed, “Go home, n—!” I graduated high school exactly 24 years ago, and I still recall that incident vividly.

Even today, as someone with several degrees, I am never quite certain if I am viewed as credible by white counterparts. I recently declined a position at a primarily white and affluent school to avoid dealing with racist attitudes. I understood that I would be challenged more than my white colleagues on pedagogical style and content knowledge, and I did not wish to fight that battle daily.

I have to fight as a parent, too. I have two sons, ages 21 and 10, and I have explicitly taught them how to interact with law enforcement. My older son knows to always remain calm, keep quiet unless addressed, and to be compliant. The objective for him is to leave any encounter with the police alive.

When my older son initially received his driver’s license, he did not come to a complete halt at a stop sign and received a hefty ticket. When I reviewed the ticket, I noticed it had him listed as white. I couldn’t help but wonder if that mistake had spared him harm. This is why we discuss high-profile murders and systemic racism: so that they both may understand the severity of what they are facing as Black men in America.

Each death highlights the urgency of my message. That doesn’t mean I teach that all police officers are dangerous. One of our neighbors, a white male police officer, is friendly and kind. But my sons cannot count on such treatment in America.

My daily response to this violence is to tie social justice into every facet of my high school English curriculum. My students have read about the murder of Emmett Till, responding in disbelief when I displayed the photograph of his grotesque corpse for a stream-of-consciousness writing session. We have read the story of Amadou Diallo, watched William Bonilla perform his poem “41 Shots,” and listened to the Springsteen song “American Skin.” We have read articles and watched “Fruitvale Station” to process the life and untimely demise of Oscar Grant. We used the New York Times’ 1619 Project as a prelude to reading “Kindred.” We have also combed through Brent Staples’ profound personal essay, “Just Walk On By,” which outlines his brushes with racism and how he has chosen to cope.

As an educator, I simply cannot ignore my civic duty to address current events relevant to my students. My Black students have to be taught how to “read” the world in order to navigate its mainly hostile terrain. They need to know who they are historically and culturally. And my students have truly appreciated my willingness to set aside “traditional” topics and tackle ones that matter to them and their futures.

Not having an opportunity for a face-to-face discussion with my students now, because of the coronavirus, is painful. No matter how school takes place in the fall, whether it be in the traditional setting, online, or a hybrid, this will be a first priority.

As we move forward, it would be wise to remember the words of the Holocaust and writer Elie Wiesel, who said, “We must always take sides. Neutrality helps the oppressor, never the victim. Silence encourages the tormentor, never the tormented. The opposite of love is not hate; it’s indifference.”

Sometimes we ignore what is taking place in our society no matter how vile and overt it is merely because it is uncomfortable to take action, and we “have no skin in the game.” My two precious Black sons, my Black family members and friends, and all the Black students that I teach are my skin in the game. And there is no denying that our skin, Black skin, is simply the most dangerous skin in the game.

But we all have skin in the game as Americans, and this is a fight that Black people cannot win alone. We need all our white allies to stand alongside us. White friends and colleagues, I challenge you to speak up. Use any platform you have, whether it be posting on social media, writing letters to the editor, contacting your members of Congress, participating in peaceful protests, organizing protests, informing yourself on the issues at hand, creating petitions, or talking with your children.

Enough is enough. It’s time to refuse to be silent in the face of injustice.

Nikia D. Garland is an English teacher and an adjunct professor who resides in Indianapolis.