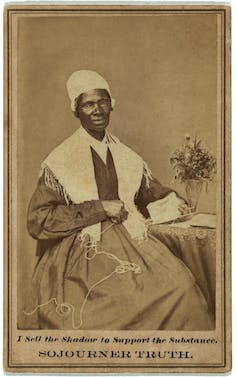 Tributes Pour in on Social Media, Honoring the Life of Rep. John Lewis

Civil Rights icon and ordained Baptist minister Rep. John Lewis, 80, died on Friday, July 17. A force behind the Voting Rights Act of 1965 and the continued efforts to restore voting rights, former chairman of the Student Nonviolent Coordinating Committee (SNCC), bloodied in the Selma March, and a key figure in nonviolent demonstrations, he encouraged others to get into “good trouble.” Tributes continue to pour in on social media, honoring a man many considered the “the conscience of the U.S. Congress.”

Not many of us get to live to see our own legacy play out in such a meaningful, remarkable way. John Lewis did:https://t.co/KbVfYt5CeQ

We are made in the image of God, and then there is John Lewis. He was truly one-of-a-kind, a moral compass who always knew where to point us and which direction to march. To John’s family, friends, staff, and constituents, Jill and I send you our love and prayers.

NEW: Former Pres. George W. Bush on the death of Rep. John Lewis: “America can best honor John’s memory by continuing his journey toward liberty and justice for all.” https://t.co/oR6a4huCqJ pic.twitter.com/Md1Jk87FRz

Congressman John Lewis spent his life fighting racism and injustice wherever he confronted it, from boycotts, sit-ins, and other protests in the streets, to championing bold, progressive policies in Congress. #ripjohnlewis pic.twitter.com/Sj3joYHWni

With the passing of John Lewis, America has lost not only a man of history, but a man for our season; O how we need such men of unwavering principle, unassailable character, penetrating purpose, and heartfelt compassion.

.@RepJohnLewis was a titan of the civil rights movement whose goodness, faith and bravery transformed our nation. Every day of his life was dedicated to bringing freedom and justice to all. pic.twitter.com/xMbfAUhLUv

As a young organizer in politics, John Lewis was an icon. He was among the first Freedom Riders at 21 years old risking his life to desegregate public transportation, was a leader in organizing his generation for Civil Rights, & spoke at the 1963 March at 23 years old pic.twitter.com/SSMCCbVmI0

John Lewis was an icon who fought with every ounce of his being to advance the cause of civil rights for all Americans. I’m devastated for his family, friends, staff—and all those whose lives he touched.

My friend, thank you for showing the world what #GoodTrouble looks like. pic.twitter.com/cvG8nSJCW5

John Lewis’s impact extended far beyond America’s shores. His example inspired civil rights activists in Northern Ireland where, six years ago, he joined another remarkable John crossing the Peace Bridge in Derry. His legacy on our island is a great one. He will be sorely missed. pic.twitter.com/3L9Z1OeXmT

.@repjohnlewis was a superb man and incalculable contributor to the history of our nation. A man who rose from humble beginnings to become an American icon. pic.twitter.com/zZvSwDZxsQ

Hillary and I were blessed by his friendship, support and wise counsel. We’ll miss him so much, but we’ll always be grateful that he lived to see a new generation of Americans take to the streets in search of his long sought “beloved community.” https://t.co/gKDuLmUMLQ

Goodbye, John Lewis. Thank you for the #goodtrouble pic.twitter.com/LDzDV1dKXW

My friend, role model, and activist extraordinaire has passed. Congressman John Lewis taught us how to be an activist. He changed the world without hate, rancor or arrogance. A rare and great man. Rest in Power and may God finally give you peace. #RIPJohnLewis pic.twitter.com/uQY48LoFzx

To quote him,“every generation leaves behind a legacy. What that legacy will be is determined by the people of that generation. What legacy do you want to leave behind?” His presence in the halls of Congress and his legacy in our continuous fight for justice will be deeply missed pic.twitter.com/eoW5lA4pV1

John Lewis was the truest kind of patriot. He believed America could be better, even live up to its highest founding ideals of equality & liberty for all. He made good trouble to help us get there. Now it’s up to the rest of us to carry on his work. Rest in power, my friend. pic.twitter.com/a3gEAiMzp3

Atlanta is the city too busy to hate. #goodtrouble