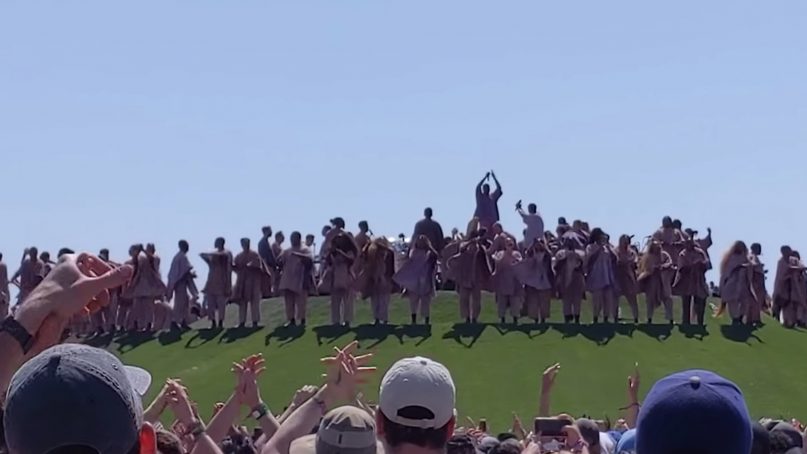 by Lindelwa Dalamba, University of the Witwatersrand | Oct 26, 2019 | Heritage |

Lindelwa Dalamba, University of the Witwatersrand

In 1964 a young South African student and photography enthusiast, Norman Owen-Smith, took his Leica camera along to a jazz concert at the then University of Natal Pietermaritzburg’s Great Hall and captured a series of black and white images of the band, the Blue Notes.

Through the intervention of jazz scholars, these photos have been printed, restored and exhibited, years after the band became iconic.

The story of the Blue Notes is inextricable from apartheid’s exiling of the musical – specifically jazz – imagination. Owen-Smith’s photos are a rare and unexpected contribution to a hungry archive for jazz lovers all over the world.

The Blue Notes embody the beauty of South African jazz in the 1960s, and the dynamics of its struggles during and against apartheid. The ensemble began in 1959 after a meeting between two of South Africa’s most revered jazz artists, both of whom died in exile. One was pianist and alto saxophonist Mtutuzeli ‘Dudu’ Pukwana, the other pianist Chris McGregor. By 1964 the other four members were cemented: Louis Moholo-Moholo on drums – the only surviving member – and Nikele ‘Nick’ Moyake on tenor saxophone, Mongezi Feza on trumpet and Johnny Mbizo Dyani on double bass.

Owen-Smith’s joyful, simple photographs allow the ordinary to be extraordinary, showing musical fraternity, passionate performance and a racially mixed band at the height of apartheid, after the clampdown that followed the Sharpeville massacre of 1960. They capture a moment in the band’s history when they were still young – in their teens and twenties – and just before they went into exile.

They are a notable addition to a very thin archive. It includes an excerpt from a documentary on jazz in Britain that shows a snippet of the Blue Notes’ performance at the 1964 Antibes Jazz Festival, posted on YouTube by McGregor’s younger brother. The archival footage is owned by French TV, but even scholars of South African jazz based in France have not been able to find it.

This is the only video excerpt of the Blue Notes I have come across – even though, as I noted in my doctoral dissertation, they are one of the more thoroughly covered jazz ensembles of the apartheid era.

Other elements of the archive consist of an online data base about the band built by British journalist Mike Fowler. Its source text remains Maxine McGregor’s biography Chris McGregor and the Brotherhood of Breath: My Life with a South African Jazz Pioneer.

Another component is an album called Township Bop that was released in 2002. The compilation was made up of previously unheard material which the band had recorded at the South African Broadcasting Corporation’s Transcription Centre in 1964.

And in 2013, radio station SAfm presented a two-part documentary. In addition, a number of artists have performed and even recorded tributes to the band.

All these contributions – now including Owen-Smith’s photos – mark a change of fortune for a group of musicians who played mostly on the live scene. Their recordings tended to go missing for long stretches, as with their 1964 live recording in Durban, Legacy: Live in South Afrika 1964, which was released in 1995.

From the late 1950s, many jazz musicians left the country; others were subjected to the alienating practices of the apartheid music industry, which often would book or record them only if they complied with their demands – what to play, who to play with and how to play it; many stopped playing altogether. These are the provocations of hurt that recur, as if on a loop, each time we engage with South African jazz history. Indeed, some of these commercial imperatives remain – not just in South Africa and not just related to jazz. Musicians’ lives remain precarious.

Healing, then, surely entails bringing these musicians back.

But how, and to where? Louis Moholo-Moholo is back home in Langa, in Cape Town, and is still playing. But what of Moyake, who died in South Africa? And Dyani, who is buried in South Africa? And Feza, who left the country at the age of 19? McGregor visited the country shortly before his death, but not Pukwana. Healing the open wound caused by exile’s rupture requires physical and creative return.

Tribute performances, recordings and documentaries are one way, if they do not pander to nostalgia. Teaching and research suggest another way, but only if neither succumb to a process of canonisation that sanitises the complex story of the Blue Notes. After all, exile did not rupture a smooth narrative that, whiggishly, was tending toward some apotheosis of South African jazz. Its effects were far more drastic.

Exile sundered a finely knit network of journalists like Todd Matshikiza, poets like Keorapetse Kgositsile, writers like Es’kia Mphahlele, and artists like Dumile Feni, from the dramatists, broadcasters, audiences and photographers who together made up mid-twentieth century South African jazz cultures. Returning the exiled musical imagination means renewing these connections: not perfectly, but imaginatively.

In the absence of a rich sonic archive, jazz’s visual history is important.

Here, in these stark images of loneliness, anguish, resilience, and despair, are many of the most famous members of that fabulously talented young generation that lived through the deepening gloom of the 1960s. Typically, their eyes are closed, or hidden by shades; when they play, the intensity is palpable, but no one appears to be listening; so in the end (the images seem to suggest) they sit alone, their instruments fallen silent.

the musicians in Ian Bruce Huntley’s photographs offer people a brighter world that is touched by colour … the shades hiding the eyes of musicians do so as a consequence of music sounding under gloriously clear skies.

Owen-Smith’s photographs enter these debates in interesting ways. As an historical musicologist, what strikes me is that whereas the photographers I have mentioned aim to capture the jazz ethos of an era, he captures an event in one place: a once-off concert. In so doing, Owen-Smith invites us to consider how photography can help answer Christopher Small’s ever relevant question about “musicking”: What does it mean when this performance … takes place at this time, in this place, with these participants?