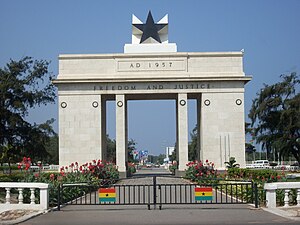 I believe that when a person is born, he or she is dealt a set of cards. Some people have a good hand; others are dealt a bad hand. Regardless of what type of hand people are dealt, a game is won or lost based on how well a hand is played. Someone with the good hand, for instance, can play a bad game. In the same way, someone with a bad hand can play a good game.

I recently traveled to , . Upon observing some of the differences between the cultures of and , I have concluded that in , for the most part, people are dealt a good hand, but play a bad game.

There is no doubt that is the land of opportunity. You can see this by the number of people coming over here from less-privileged countries seeking a better life for themselves and their families. They recognize that Americans have better hands. But they are also coming to a land with many problems that result from playing a bad game.

Not everything in is great. Historically, Americans have misused and abused people. The explorers who first settled in took the land of others and called it their own. They took Black people from their homeland, brought them to , and treated them as less than human during the era of slavery. Presently, living in in , I have seen how Americans continue to play bad games with good hands. I have witnessed how adults misuse their power of educating. I have friends who have had someone they know and love die from gun violence. I know many women who cannot walk down the street on a beautiful day without being inappropriately approached. I have seen sisters and brothers mistreat their younger siblings. And I am embarrassed to say that I have seen women in music videos with too few clothes on as men rap about sex, money, and drugs. Youth in who soak in worldly values are more likely to play a bad hand as well. This can change if we read our Bible and go to church.

In ,, I saw a lot of differences between their culture and American culture. The most significant difference I noticed is the seemingly bad hand they’ve been dealt. At first, I felt blessed to live in , but as I became aware of how they played a good game, I started to appreciate their different way of living.

, , is a country of dignity despite the hardships they face currently and those they faced in the past. The women in are fully clothed. Men respect the women and children. The boys are studying and helping their families. Girls hold their sisters on their backs and food on her head as they walk. I did not see a lot of guys coming up to girls and talking to them or touching them inappropriately. Females were acknowledged as beautiful, not sexy.

Although is a poor country, the thing that I admired about is that the youth are still praying. Some remote parts of still have no electricity. Technology is not as available as it is in . Opportunities are not as abundant. Yes, many Ghanaians were dealt a bad hand resulting from the slave trade and colonization; however, they are playing a good game. is a country of pride and dignity. They are pressing to triumph over their hardships. Even though the government currently owns the schools, the students are still praying and trying to find ways to make their villages and their country a beautiful home and society. Their youth are not picking up guns and tearing down the communities. They are trying to prosper in bad schools and fewer resources. This is not only impressive; it is admirable. I think many youth living in can learn from our brothers and sisters across the ocean in . In , I learned to play a good game at life no matter what kind of hand I was dealt. I will be successful not only for my family, my community, and myself, but for the world.